If you drive 45 minutes due east of Lyon, just as you see some serious hills and mountains, you might stumble upon a village called Villebois. Francois Grinand, previously a piano teacher, started making wine in 1993. With a miniscule 2.5 hectares of vines, he has worked in the “Natural” style from the beginning.
Francois has had ups and downs along the way. He got into difficulty in 2005 and went into liquidation in 2007. Two wine-loving Belgians, fans of his wines, visited one evening and said, “would it help if we bought your entire stock?” La Vigne du Perron was able to rise from the ashes. We stumbled across some of this stock in Copenhagen and were keen to track François down.
His wines are totally Natural. “No pesticides, herbicides, fertilizers or other chemical means are used in the vineyards. Very low yields. The culture principles are derived from organic agriculture and biodynamism (without certification). The vinification takes place on indigenous yeasts, without chaptalisation, enzymes, fining, filtration, and without any other means of chemistry or “technology” winemaking.”

Les Ermitures is 100% Gamay from vines on chalky soil at the base of the rock face that towers above the village.
Les Ermitures (also Friche in French) means abandoned ground, usually wild and covered with grass. He chose the name as a gentle dig to his neighbours: his parcels are always covered with grass – unusual in a region where the use of herbicides was so systematic.

In white we were taken with his Serene Blanche which is a synonym of Roussette, also known as Altesse. Low yield, late harvest but with plenty of acidity. 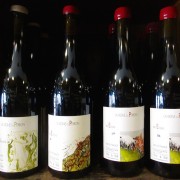 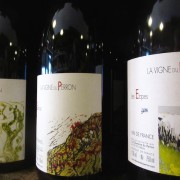 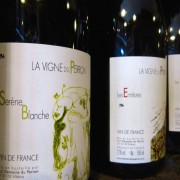 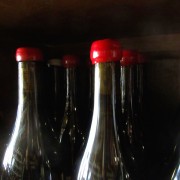 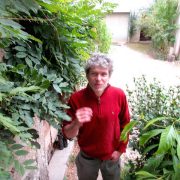 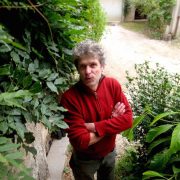 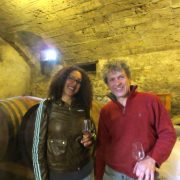 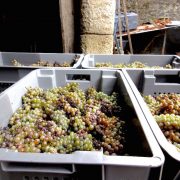 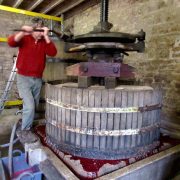 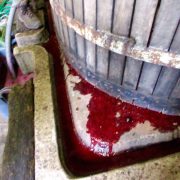 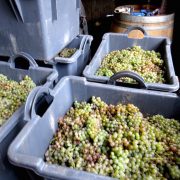 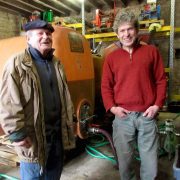 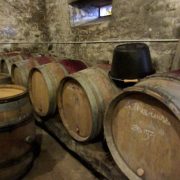 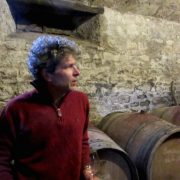 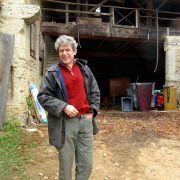 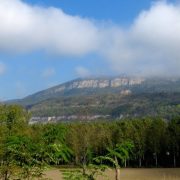 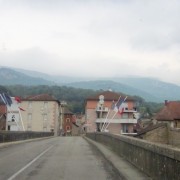 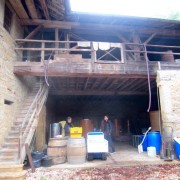 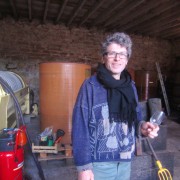 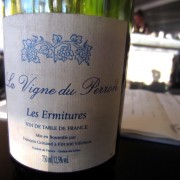 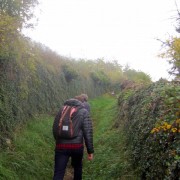 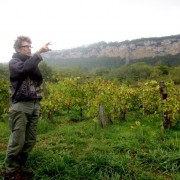 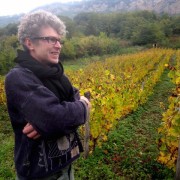 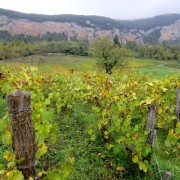