Catherine Jeannin-Mongeard moved down from Burgundy in 1990 to make characterful wines on her farm “Mas Cremat” just outside Perpignan, in the hot windswept south of France, close to the Spanish border. Idyllic as it may sound, there is an invigorating Mistral-like wind called “Cers” that roars through the gnarly vines and drives everyone a bit mad. We have always found Tamarius enjoyable from when we first started working with Catherine back in the late 90’s. Her old vines produce some lovely, deep juice. She used to blend Grenache with Carignan and recently switched to Grenache and Syrah. Les Balmettes is an unusual blend of white Grenache and the rarely seen white Carignan. Her Muscat Sec is intensely spicy, peppery, dry Muscat, a blend of 50/50 Muscat Frontignan and Muscat Alexandrie. 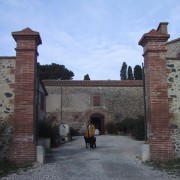 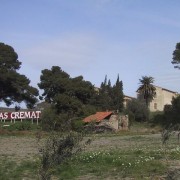 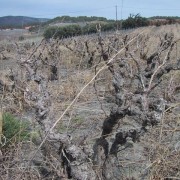 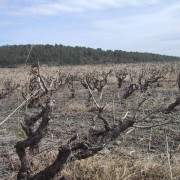 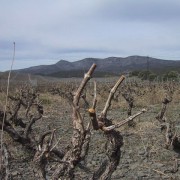 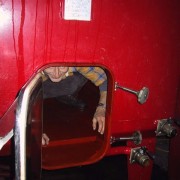 In the draughty, cafe-less, bar-less village of Tressere, barely 10kms from the Spanish border, with a view of the snow-capped Pyrenees in one direction, the Mediterranean sea in another, lives the Vaquer family. Frederique took over from her father-in-law over twenty years ago. She makes mad, distinctive reds from Carignan, Grenache and Syrah, and, as you’d expect in this corner of France close to Banyuls and Maury, some impressive, classic, sweet fortified Vin Doux Naturel. Frederique says her Vieux Rivesaltes is between 25 and 30 years old and was made from old vine Grenache with the fermentation stopped by the introduction of spirit.
Cuvee Bernard is an oak-less blend of 45% Carignan, 45% Grenache and 10% Syrah. As usual with Frederique, it’s mad, herbal wine, with wild dark fruit, great acidity and a savoury edge. Although delicious now, there’s no hurry to drink up, it will age effortlessly – as her father-in-law’s 1986 amply demonstrates.
L’Expression is 100% Carignan from very old vines, wild fruit with great acidity and a savoury edge. The simply labelled “Vaquer Rouge 1986” is an intriguing example of fully mature Carignan. It has a brickier, more translucent colour, rather than the more youthful purple and has evolved, roasted, gamey notes, tobacco, plum and rhubarb. If you served it blind to an expert, many may mistake it for Chateauneuf-du-Pape, an old Rioja, or even as an elegant, much older Bordeaux – a Pomerol, for instance. 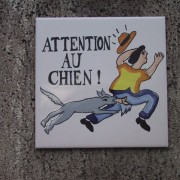 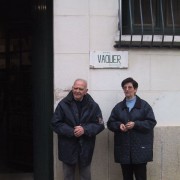 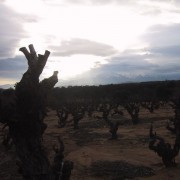 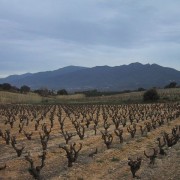 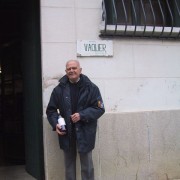