You could argue that we already had the small winemaking zone of Oltrepo Pavese in Lombardy, south of Milan well-covered, having worked with Cantina di Casteggio for at least a decade. It was by coincidence we stumbled across Albani, a small independent, organic grower up in the hills above Casteggio, with a completely contrasting style.

There was a noisy welcome, with screaming kids and loads of people, when we arrived to taste. “Please come this way” – they had laid on a translator (very wise, as our Italian is, at best, formative). We were met by the tidal wave of energy that is Riccardo Albani, his sister Anna and, on her arm, their fully suited and booted father Erico who was born in 1928. They were all on hand to meet the “hot-shot wine merchants” from London. We really liked the wines. Certified organic for 11 years. Mainly Barbera and Riesling Renato with a little Pinot Nero, Nebbiolo and Bonarda. Old vines. No S02, no filtering. Distinctive. Characterful. Built for ageing. “We don’t want want to release them until they’re ready”, says Riccardo. Suits us. We now have, among other bottlings, their Costa del Morone 2004 on our shelves – a lush, complex, structured red from 85% Barbera with smatterings of Vespolina, Pinot Nero, Croatina, Nebbiolo and Moscato. 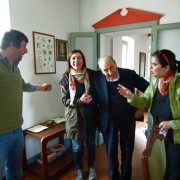 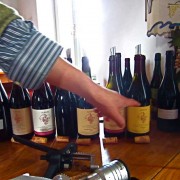 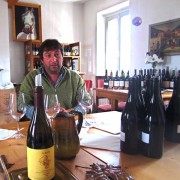 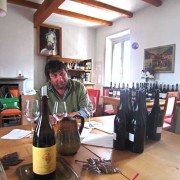 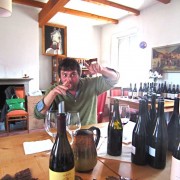 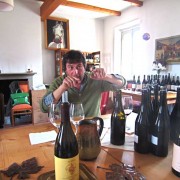 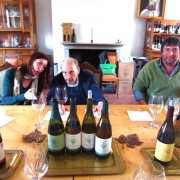 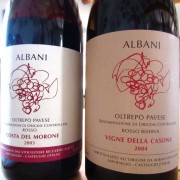 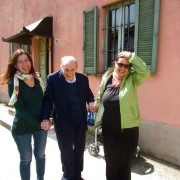 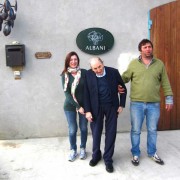 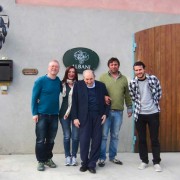 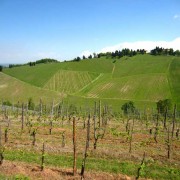