We were picking up from Schloss Schonborn in the Rheingau and, once we had loaded, the woman in the Despatch department said, “I make wine on the Mosel. Would you like to try it?” Sure. And we took two bottles with us. Fascinating labels – very clean and arty. Most fascinating was the GPS location of the exact parcel of vines. Nice touch. A new spin on terroir, refined for Googlemaps and TomTom.
On one of our next visits we phoned Hedda Nuetzmann. She was surprised to hear from us. Yes, we liked the wines, particularly Steiler Suden (steep south). Can we meet at Zum Krug, taste the whole range?
Hedda has several jobs. In Despatch at Schloss Schonborn, as a masseuse and, with her boyfriend, a well-known German theatre actor, now retired, called Michael Altmann, produces a meagre number of bottles from a few rows in Neefer Frauenberg…on the Mosel. Intriguing. They make four bottlings from less than a hectare. Steiler Suden (steep south), Rosengartchen (little rose garden), Der Schoss (the lap – a Y shaped parcel in the vineyard) and Der Rote (the red one). Confusingly the red one is actually rose made from young vine Spatburgunder and Dornfelder. The others are all Riesling, all very pure and unmessed-with. Steiler Suden often has a wild yeasty nose, Rosengartchen is daintier.

News – Hedda and Michael have recently married. Hedda stopped at Schloss Schonborn and worked for a while at Chat Sauvage. Our colleague Dan Towler did the 2011 harvest with them and Rosengartchen 2011 is now on our shelves (probably briefly). 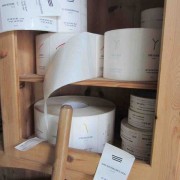 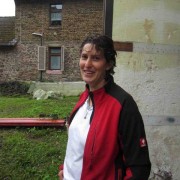 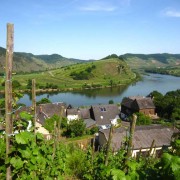 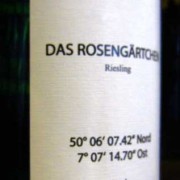 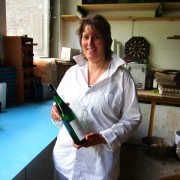 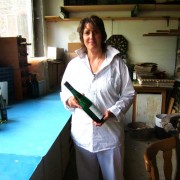 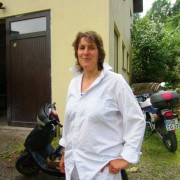 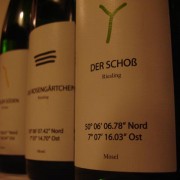 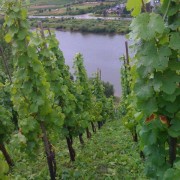 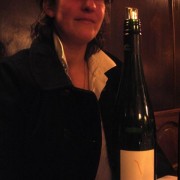 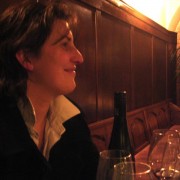 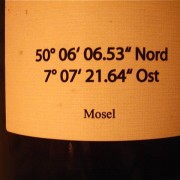 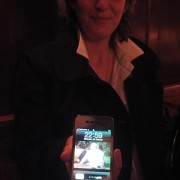 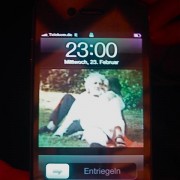 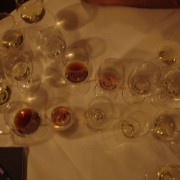