Jean-Marc Dufouleur is a Wine Commissioner in Beaune. He is also the owner of Baccate and makes wonderful fruit liqueurs. Peche-de-Vigne (Vine Peach), Framboise (Raspberry), Myrtille (Blueberry), Mure (Blackberry) and, of course, Cassis (Blackcurrant) – the base of a true, classic Kir.
What’s a Kir? It is an aperitif made with white wine and a splash of Cassis. To make a Kir Royale you substitute the white wine with sparkling wine or Champagne. It was originally made with Bourgogne Aligote, the “other” white wine of Burgundy – usually neutral, thin and sharp and which there wasn’t much demand for. Cassis (also widely made in the region) was added to it to disguise the taste and the drink was named after Felix Kir, the Mayor of Dijon who is generally credited with popularising it after the Second World War.
Jean-Marc also has Pinot Noir vines in Morey-Saint-Denis and bottles his own wines as the Domaine de Monts Luisants. 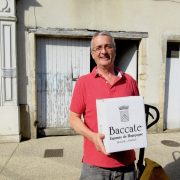 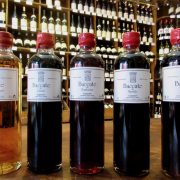 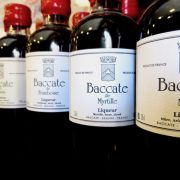 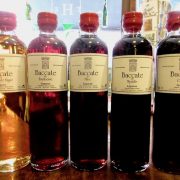