Bernhard Huber is held by many in Germany to be its finest Pinot Noir producer. He took over the family’s 5 hectares of vines in 1986. At that time the entire crop was sold to the local Winzergenossenschaft (Co-op). That gradually stopped in favour of producing and bottling everything himself. He has also gradually built up his vineyard holdings and today has 28 hectares.
He became obsessed with Spatburgunder and its history locally. There is a slope behind the winery in Malterdingen with a spread of vineyards, including his top vineyard, the Wildenstein, which is where the Cistercian monks first planted Pinot Noir in the area. He believed that it should be possible to make world class Pinot Noir here and set about doing just that. Until 2003 his top wine was a Reserve blend from all his best vineyards. We were delighted that Bernhard made some 2001 available to us. It is absolutely delicious. Also the Old Vines 2002. In 2003 he started bottling vineyards individually; Sommerhaide, Bienenberg, Schlossberg and from 2004 he also separated out the “Herzstuck” (the heart piece) and bottles this as Wildenstein Reserve.
June 2014 – We were saddened by the news that Bernhard Huber died on the 11th June. Bernhard achieved an enormous amount in his 55 years. He was held by many to be Germany’s finest red wine producer and was instrumental in putting German Pinot Noir firmly on the world stage. Our thoughts are with his family and colleagues in Baden. 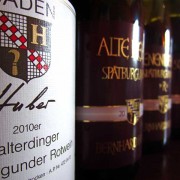 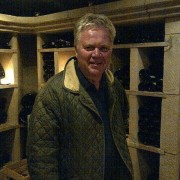 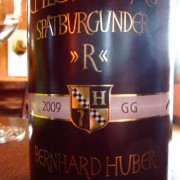 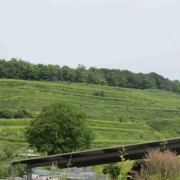 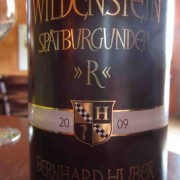 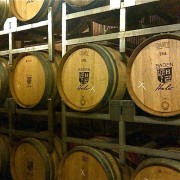 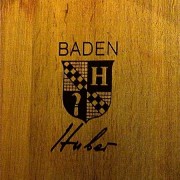 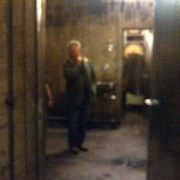 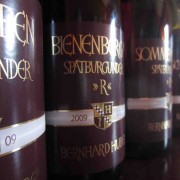 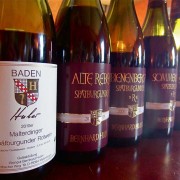