Marsala – the link between dry Sherry and Madeira? Marsala – not just for cooking with.
We were keen to find out more about Marsala, another of those legendary fortified wines like Sherry, Port and Madeira. We already knew it wasn’t just for cooking with, but beyond that there was much to learn. Question was, where? So we texted a friend of ours who comes from Marsala and asked around when we arrived. The lady in the Hotel said her husband is crazy about it and has a big collection of older Marsala. Everyone recommended the same Enoteca in via Garibaldi so we hot-footed along and the moment we walked into the tiny bar asked if we could have a Marsala Masterclass to bring us up to speed. The charming hostess Alessandra turned off the sport channel and powered up a powerpoint presentation. We were off. She took us through the history. In 1773 John Woodhouse, a British merchant, was sheltering from a storm with his ship and liked the local wine made with the Grillo grape so much he bought several casks. To stabilise it for the voyage to Liverpool, he added some spirit. And so Marsala, as we know it, was born.
She took us through the pyramid of quality from Fino through Superiore and Superiore Riserva up to Vergine. The varying sweetness/dryness levels and the way they cross over. We immersed ourselves in our study, accelerated with the appearance of Alessandra’s very knowledgeable boss/boyfriend Salvo, who resembled a harder version of Serge Gainsbourg. It became very clear to us that the tiny Cantine Buffa were the best in a line-up that included some big names. And that’s why they are now on our shelves. Buffa the Marsala Slayer! 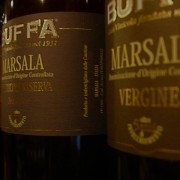 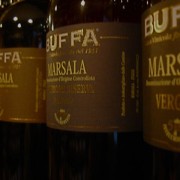 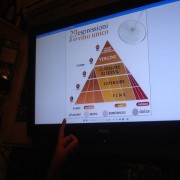 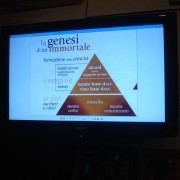 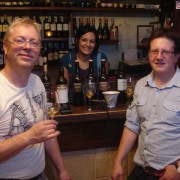 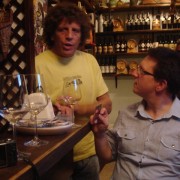 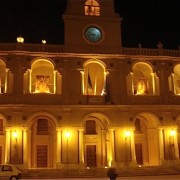 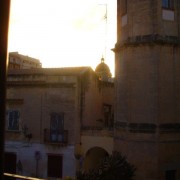 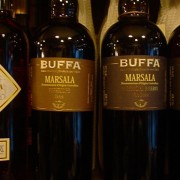