We have been working with Cedric Vincent for a decade – pretty much from when he took over his grandfather’s vines. There have been some recent developments. He was working as an Oenologue in the Beaune area when we first met and has now knocked that on the head. The commute was too much and he now has more vines – almost 6 hectares now. He has built a new cellar and house overlooking the village of Pouilly le Monial in the region now known as Les Pierres Dorees (the golden stones), the southern part of the Beaujolais, closer to Lyon than to Macon. Until recently he just made one wine, a delicious, very stylish Beaujolais Villages. He has planted some Chardonnay on his chalkier soil and has been making some Beaujolais Blanc. When we visited him in October, in between mouthfuls of his mother’s Boeuf Bourguignon (a dish that stopped us in our tracks – in a good way), he was dead excited to reveal that he has also bought a hectare of old vines in Moulin-a-Vent, one of most highly-regarded Beaujolais Crus. “It was always a dream of mine to own some vines there.” 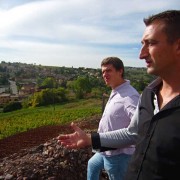 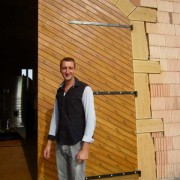 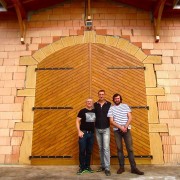 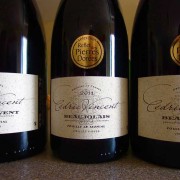 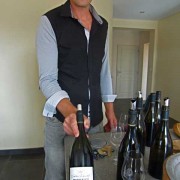 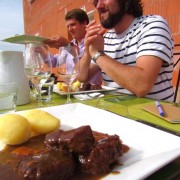 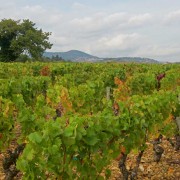 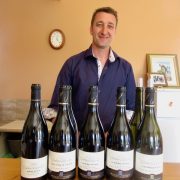 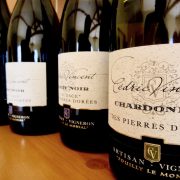 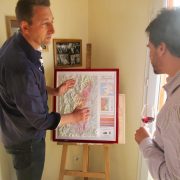 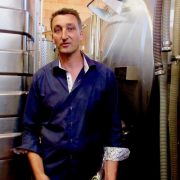 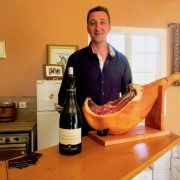 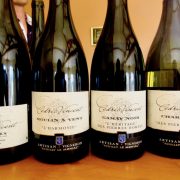 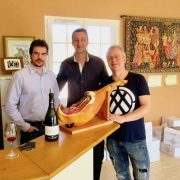