Draw a line on the right bank from St Emilion, Pomerol, through Fronsac to Cotes de Bourg and Blaye. St Emilion and Pomerol tend to be sweeter and fleshier. Fronsac and Cotes de Bourg are generally tougher and more structured.
Jean-Yves and Michele Bechet’s Chateau Fougas has long had an excellent reputation. Jean-Yves, the son of a Bordeaux merchant, bought Fougas in 1982. They make two wines; Cuvee Prestige and their top wine, Maldoror. Maldoror (named after a poetic novel from 1869 by Lautreamont which influenced the surrealists sixty years later) is quite “collectible”. It needs time.
Michele was walking us through the vines around their unassuming house and winery. The vines were at the tail end of flowering and the smell was wonderful. “I love this time of year. The aromas of the flowering vines remind me of my childhood in the Palatinate.” Her father worked for the French Embassy and they moved frequently.
Since we last visited Fougas, they have been certified organic and from the 2012 vintage will be fully biodynamic. Michele showed us their water dynamising equipment. Some growers do it by hand, but Michele says, “we’re getting to an age where sitting there stirring rainwater for 40 minutes is a bit gruelling. This machine works just as well.” With Merlot, Cabernet Sauvignon and Cabernet Franc vines averaging over 40 years old and low yields, more and more is bottled as Maldoror. 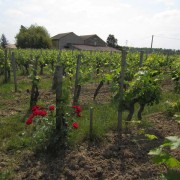 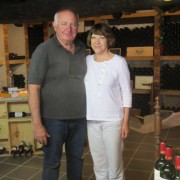 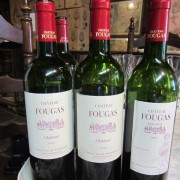 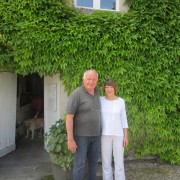 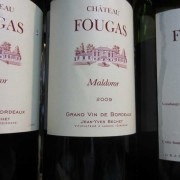 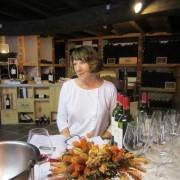 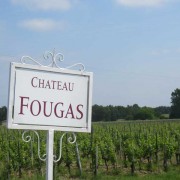 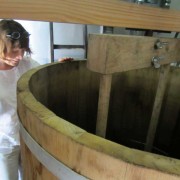 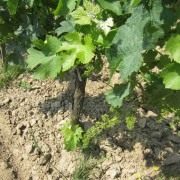 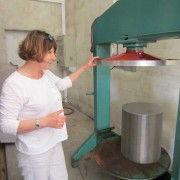 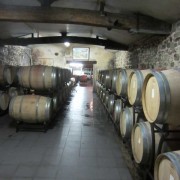 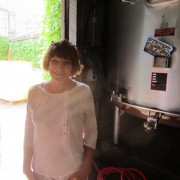