“I am an old Winery staffer (’84-’86) who is now making his own natural wine here in Bordeaux.” That got our attention.
Steve Lawrence, originally from Buckinghamshire, came to see us in Spring 2022. He had worked at The Winery from 1984 and 1986 before heading to the States for a career in selling wine. There he met Diana Lucz, originally from Tucson Arizona, who was also working in wine. A long term ambition emerged, to have their own winery. Napa, where they were living, was out of reach, as was California generally. They did however find a small estate in Bordeaux on high ground just across the river Garonne from Langon, not far from Sauternes and Barsac. It’s very small, but 2.5 hectares of old vines planted in 1945, 1955 and 1981 is enough for them to farm and vinify themselves, with extreme care. They make around 3,000 bottles a year from their 9,000 vines.
The blend for the white varies depending on the conditions. 2019 was 55% Semillon/45% Sauvignon Blanc, so has a wonderful, oily, nutty, honeysuckle nose. The 2020 was 75% Sauvignon Blanc/25% Semillon and is classically grassy Sauvignon. There is usually a splash of Muscadelle.
The red is usually 40% Cabernet/40% Merlot/10% Cab Franc/10% Malbec & Carmenère. Savoury and dry, coffee bean and violets in 2019 and fruit-foreward in 2020.
Their top red is called Cote Sud, their best barrel of Cabernet Sauvignon – deep, dense, supple and impressive. 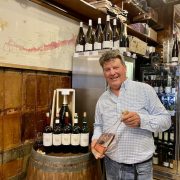 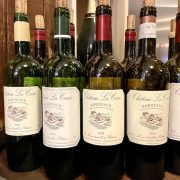 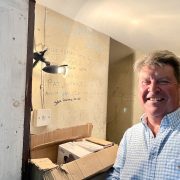 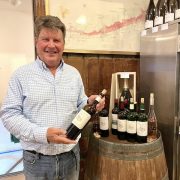 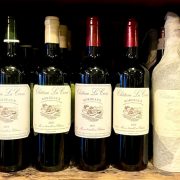