In the pecking order of Champagne sub-regions, the Marne valley has tended to be thought of as below the Montagne de Reims and the Cotes des Blancs and above the Aube. It might be time to rethink the order. We have increasingly found more striking, bold-flavoured champagnes along the valley that runs from Epernay west towards Dormans and on to Paris. Christophe Lefevre is west of Dormans, an hour’s drive from Epernay where vineyards are more scattered. His small winery is at the top of a steep slope in a hamlet called Mont de Bonneil. There wasn’t much viticulture in his family. His father was a farmer and, although his grandfather had a few vines, he farmed a mixture of crops. Christophe trained as a mechanic before catching the wine bug. He started in 1997 and has been biodynamic for almost a decade.
Apart from Cuvee Alexandrine (named after his daughter), which is 100% Chardonnay from a single parcel of vines, his other cuvees – Prestige, Reserve and Cuvee Clement (named after his son) are Pinot Meunier-heavy blends. Wild yeasts and old vines bring their influence. These are heavenly champagnes; bold, perfumed, open and polished.
On a more earthbound note, after loading up the van, we asked to use the WC. “Unfortunately, with the family house next door, I didn’t think to put a toilet in the winery. My wife and I have split up and I live with the kids in the next village. I’m afraid you’ll have to go into the woods, over there.” Fortunately it had stopped raining. 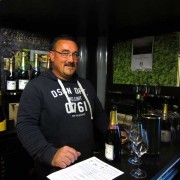 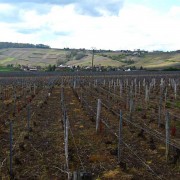 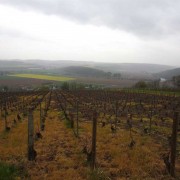 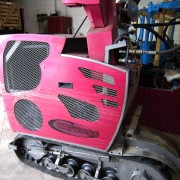 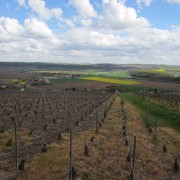 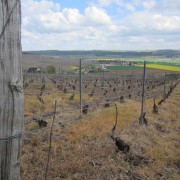 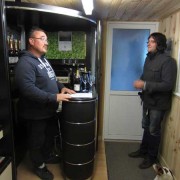 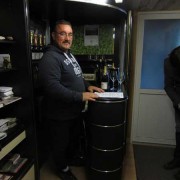 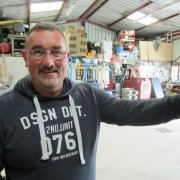 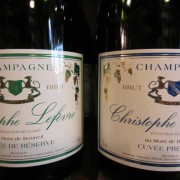 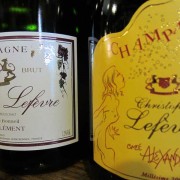 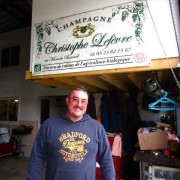 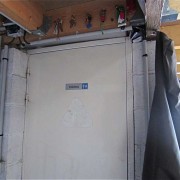