It’s difficult to imagine a more idyllic way to start the day, breakfasting in the house on Trittenheim bridge with the Apotheke vineyard towering above you on the opposite bank and watching the sun swing over the hill, gradually bringing the vines into the light as the mist rises over the Mosel. Father and daughter, Helmut and Verana, do the wine, mother Helga runs the guesthouse. Trittenheim is full of Clusseraths so to avoid confusion Helga brings the Weiler name with her from nearby Mehring. They always use wild yeasts, which can give their wines a wild perfume. The “HC” is crisp and lean, with spicy minerality. The Alte Reben (Old Vines) comes from a parcel of 50-75 yo vines and gives a deeper, denser flavour and mouthfeel. The “S” is a selection of the best bits of the best parcels, (usually from a small beautifully placed triangular parcel half-way up the vineyard immediately opposite the house) – while not the oldest vines hre are none less than 30yo. Virana was excited by the 2005s. After a slightly disappointing cool summer there was a long warm autumn giving the grapes the same ripeness and supercharged alcohol as the 2003s but with much better acidities. 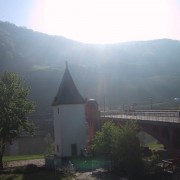 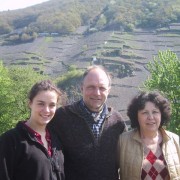 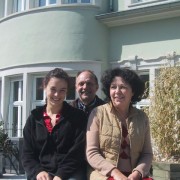 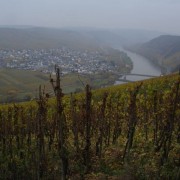 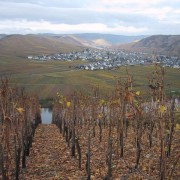 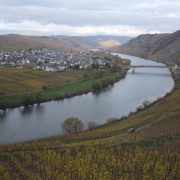 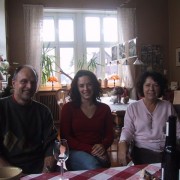 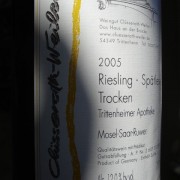 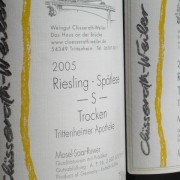 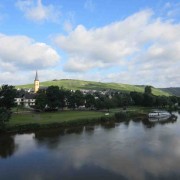 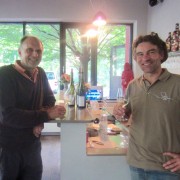