Trier is a city thick with history back to Roman times and has long been a centre for the wine trade on the Mosel. The village of Olewig is barely 5 minutes’ drive from the centre of Trier. It is wonderfully fitting to see vineyards on the hills overlooking the city. After the obligatory stint at Geisenheim (Wine Uni) and internships in Australia, New Zealand and around Germany, Sebastian Oberbillig (now 34) is the driving force in his family’s winery. The winery has been in the family for five generations. His father, Albert (who still works in the winery, mainly on admin, bottling and labelling), had 3.5 hectares of vines. Sebastian has grown their holdings to 11.5 hectares in Deutschherrenberg, Burgberg, Jesuitwingert and Deutschherrenkopfchen.
Deutschherrenkopfchen, previously known as Olewiger Vollmuhle, was once held to be one of Trier’s finest vineyards with its steep south/southwest exposure on Devon Slate, but for decades people thought it had become impossible to work. Sebastian got hold of the vineyard in 2007, cleared it, revived the soil with 180 tonnes of compost and 1,000 bales of straw, before replanting with a variety of old Riesling selections. He is excited by the potential of the site – as indeed are we. 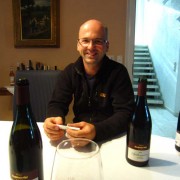 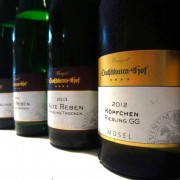 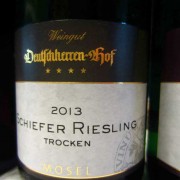 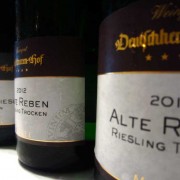 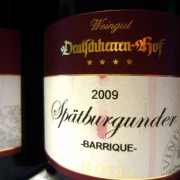 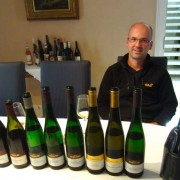 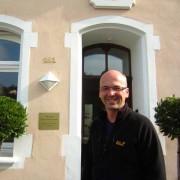 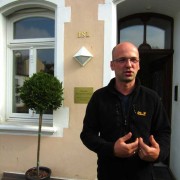 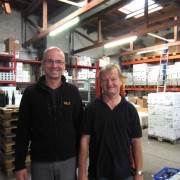 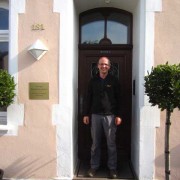 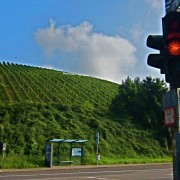 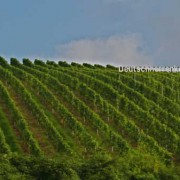 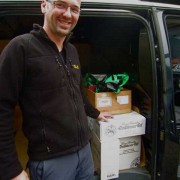