We work with small growers and we love it when we come across someone really small. We beat a path to Giovanni Scarfone’s tiny garage door thanks to a tip from Cascina delle Rose Giovanna Rizzolio’s husband Italo.
Faro is in a very striking position right in the top right hand corner of Sicily, high up and with a view of the Straits of Messina across to the rest of Italy. Although not widely known, Faro is one of Sicily’s finest wines. Made from Nerello Mascalese, Nerello Cappuccio and Nocera, it has a high tone, less big and heavy than many of Sicily’s reds, more refined.
The 0.8 hectare of vines originally belonged to Giovanni’s Great Grandfather. His Grandfather and Father (who worked in a bank for his entire career, which he hated) always made wine just for the family. His father is now retired and loves helping in the vineyard. Giovanni had gone to Bologna to study, came back in 2004 and decided to try making wine. His first vintage was 2006. He makes just one wine in his garage (room for one person at a time) and, with less than a hectare of vines, makes just 4,000 bottles a year. 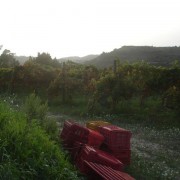 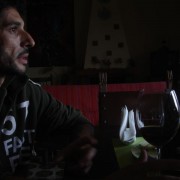 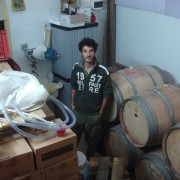 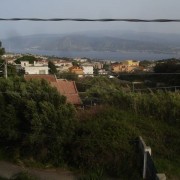 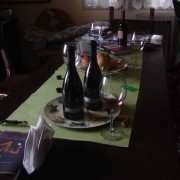 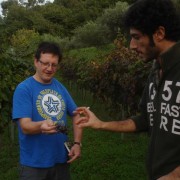 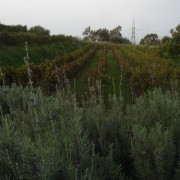 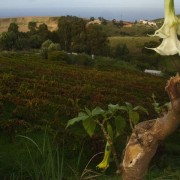