Three years ago, we were having a cosy chat with the legendary Anne-Francoise Gros who is considering switching to Biodynamism when her son walked in. He was doing an internship with Thiebault Huber-Verdereau in Volnay, who was already Bio. Sounded interesting, so we hot-footed it over to the tiny Domaine.
Former sommelier Thiebault Huber, originally from Alsace and a disciple of Marc Kreydenweiss, inherited some vines in the village of Volnay from his Grandmother. It wasn’t such a difficult choice – should he buy some vines in Alsace or move to Burgundy to make Pinot Noir and Chardonnay? Despite being a small Domaine of just 8 hectares, he has 34 different parcels of vines spread across 5 villages. To avoid chemical run-off, he has agreements with each of his 60 neighbours to treat the first adjacent row of their vines. The neighbours now prefer picking those rows, with the deep, healthy fruit and it may only be a matter of time before they make the switch to Bio themselves. 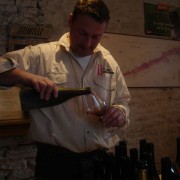 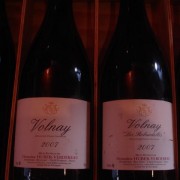 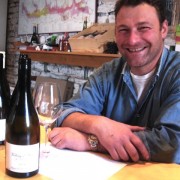 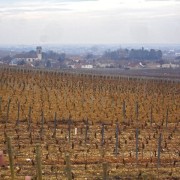