This from high-powered Berlin Lawyer Horst Hummel, “I’m going to sue your ass”… no, that’s not what happened at all. Here’s what really happened. Our very good journalist friends in Berlin, Stuart Pigott and Ursula Heinzelmann got in touch and said,”for several years we’ve been following the development of an odd Berlin winemaker called Horst Hummel whose vineyards are in Villány in southern Hungary close to the border with Croatia. Horst is also a lawyer and quite an intellectual. Each time we tasted the new releases they were clearly better than the time before. They are also way outside the Hungarian norms. So I suggested he pack up a small number of samples and send them to 4 Clifton Road.”
Horst was born near Stuttgart, his family is a Schwabian/Hungarian mix. The Hungarian side was from near Belgrade but was booted out after the war. Horst got into wine (and Burgundy in particular) at University. He visited Hungary when the wall collapsed, mainly to get some sense of where his family was from. Being massively into wine he was also keen to visit the best red wine-growing regions and in Autumn 1997 found himself in Villany. He casually asked his hosts how much a few hectares of vines would cost. “It’s funny you should ask but there are some for sale”. Within days he owned vines in Villany and in Spring 1998 he was up and running. He visits every five or six weeks and stays for a fortnight each time. He has two guys looking after his 7.5 hectares. We asked, do you have a winemaker? “No, I do that myself. Wild yeasts, open top fermenters and after fermentation I let the wines sit on the must for another two to four weeks. Apart from a little SO2 to prevent oxidation there are absolutely no additives. Good wine makes itself.” We really like his saturated, supple wines. They are fresh and high-toned and his variations on Portugieser and Kekfrankos (Lemberger) now grace our shelves. Organic from 2008. 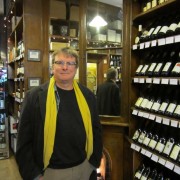 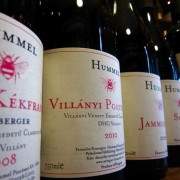 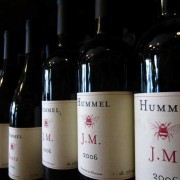 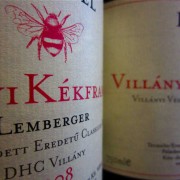 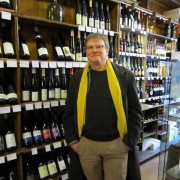 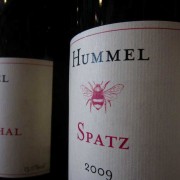