We have been circling Immich-Batterieberg for some years and have swooped. Strictly speaking it has been re-circling and re-swooping. We bought a couple of times almost a decade ago from the previous owner, lawyer Gerd Bastgen, and have just started again with the new incumbent Gernot Kollmann.

Immich-Batterieberg is a historic estate and has some of the best vineyards in Enkirch, including the monopole Batterieberg. It can trace its history as a winery back to 1425. One of its buildings has a longer history, dating back to 908 AD. The East Frankish (Carolingian) King Ludwig IV had a throne room here and bequeathed the building to the Church.

The estate was in in the hands of the Immich family from 1425 until 1989. The intriguing Jugendstil/Belle Epoque style label with the two cherubs firing a cannon at the vineyard tells the story from 1841 of the incumbent Immich wanting to modify the exposition of his vineyard and tilt it more in favour of the sun. He achieved this by pounding the steep slope with cannons (some say it was dynamite) – the deafening sound ricocheted along the valley.

Winding forward to recent times. Star winemaker, Gernot Kollmann, had tried to buy the estate from Gerd Bastgen with various sets of backers since tongues began wagging that Immich-Batterieberg may be up for sale. Bastgen went bankrupt in 2007. Recession arrived in 2008 and finally, in 2009, Gernot managed, with the help of two wine-loving backers from north Germany, to buy the estate from the bank.

Gernot Kollmann is widely known and respected. Now 46, he comes from the Ruhr, southeast of Dortmund – an area that has nothing to do with wine. Although he studied at Heilbronn, he says he learnt everything he knows while working. He did two years at Dr Loosen, three years at the Bischofliche Weinguter in Trier, then worked for four years at van Volxem when the Bitburger heir Roman Niewodniczanski bought the estate. From 2004 until 2009, Gernot worked as consultant at Knebel in Winningen/Mosel, and at estates on the Ahr and in Bulgaria.

Gernot is running a lean operation at Immich-Batterieberg. With 5.5 hectares on the very steep slate slopes around Enkirch, he does all the work himself with one full-time co-worker and the occasional apprentice! He had a fascinating statistic for us when we visited recently. A top winery in Rheinhessen reckons it takes 450 hours each year to work each hectare. An average Mosel winery with a balance of steep and flatter vineyards (where a tractor can be used) needs 700-800 hours per hectare. Gernot worked out recently that for them, with nothing but steep-sloped vineyards, they need 1,007 hours per hectare. That’s a ton of work. But the results are worth it. Definitely.

“There is one other thing I can show you,” said Gernot, after an excellent tasting of his deep, fleshy Rieslings. “It’s an oddity, a new wine – I only make three barrels.” What is it? It was a pure, gently autumnal Spatburgunder from the full south-facing Monteneubel vineyard, just to the north of Enkirch. Monteneubel? Morphed from the French, Mont Noble or Noble Hill. 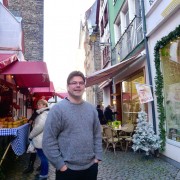 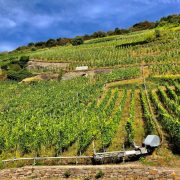 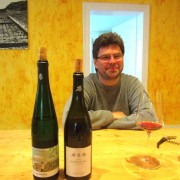 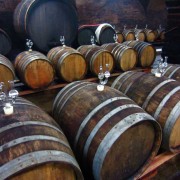 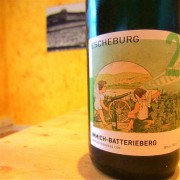 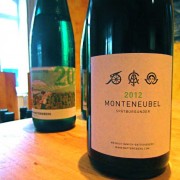 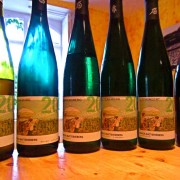 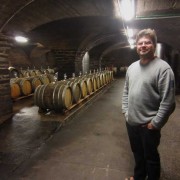 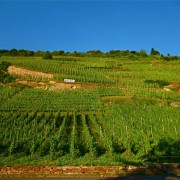 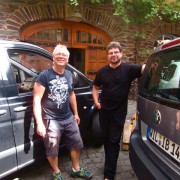 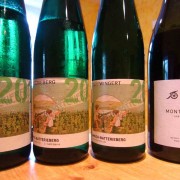 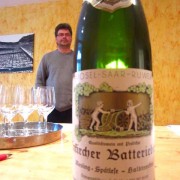 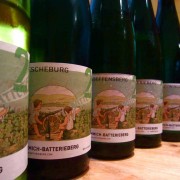 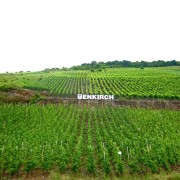 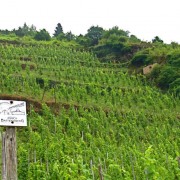 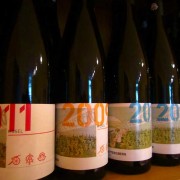 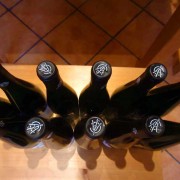 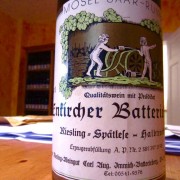 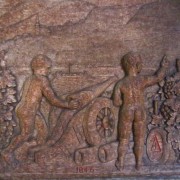 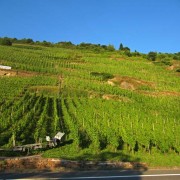 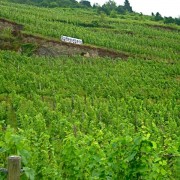 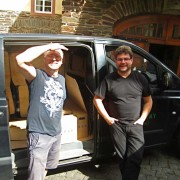 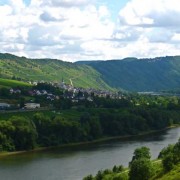 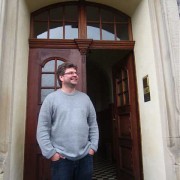 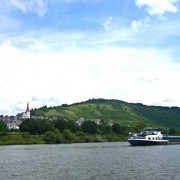 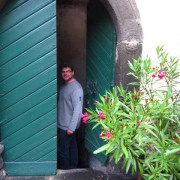 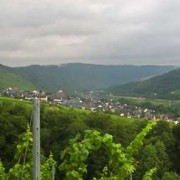 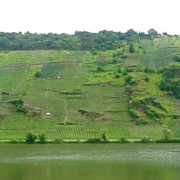 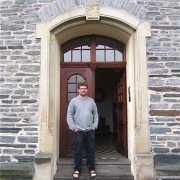