Erich Russell was such a fast runner at college, they called him “the Rabbit”. It was natural to call his winery Rabbit Ridge and scan his lucky jeans for the blue label. In the early 2000s they moved from cool-climate Healdsburg in Sonoma into a brand new winery in baking-hot Paso Robles in Central California.
We visited the new winery outside Paso Robles at the beginning of the 2003 harvest. It was still very much a building site, the fermentation tanks had only been delivered a few days earlier and were being connected as the first crush arrived! Erich and his wife Joanne James are crazy about things Italian, so the new facility is a rhapsody on an Italian theme – a palazzo on the desert’s edge. Many of you have already tasted his Barbera, the Super-Tuscan “Montepiano” and his Sangiovese (in our opinion, the best version of the Chianti varietal to come out of California). Although Rabbit Ridge has expanded rapidly over the past five years, it is still very much a family concern – both Joanne’s sisters are now on board and Erich’s brother-in-law is now helping with the winemaking. The Paso Robles palazzo is surrounded by vines, part of Erich’s masterplan to increasingly rely on his own fruit and to experiment more with lesser-known varietals such as Primitivo and Carignan. Olive oil is also part of the plan. 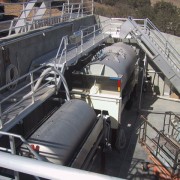 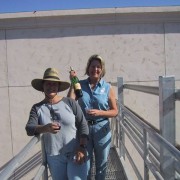 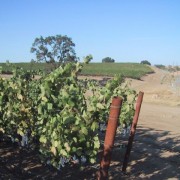 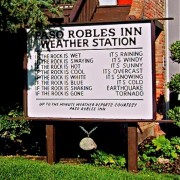 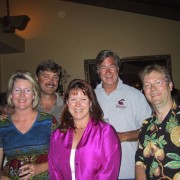 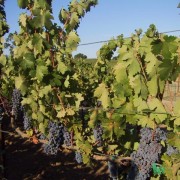 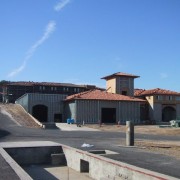 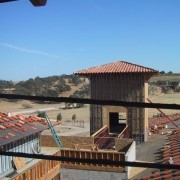 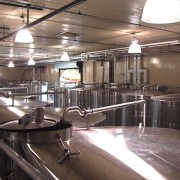