“Fate” Rudolf called it, when we called by on the off-chance and found him in. This after phoning for directions from the riverside car park. “Can you see the house with the round windows on the opposite bank of the river? That’s me waving!”

We were intrigued by whispers of a very uncompromising grower in Kinheim-Kindel. Rudolf Trossen, leather waistcoat, Scholl footwear, is a Hardcore Eco-warrior…and poet. His father came back from the Russian front after the war with half a leg missing, so Rudi had to do all the spraying and had an allergic reaction to the chemicals. Having not been convinced he was going to take over from his father his allergies got him thinking about ecology. He had found his cause. “Biodynamics started here in Germany with Rudolf Steiner’s theories from the 1920s” he says. He founded Demeter and Ecovin in Rheinland-Pfalz.

His vines all lie in the Kinheimer Hubertuslay and, as he points to his parcels scattered on the opposite slope, it quickly becomes clear which are his – the ones with green ground cover. So what are the wines like? The Schieferblume (Slate Flowers) and Trossen Kabinett trocken are lively, fresh – and savoury, smoky, with loads of mineral content. The Madonna Plateau is from a parcel of pre-phylloxera vines above a small statue of the Madonna. Wonderful, crazy-subtle perfume and fabulous density. 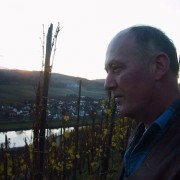 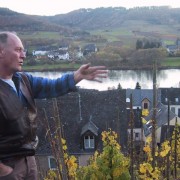 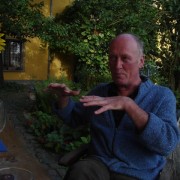 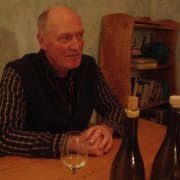 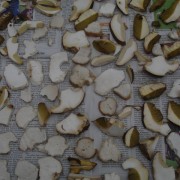 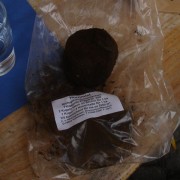 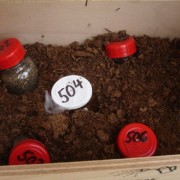 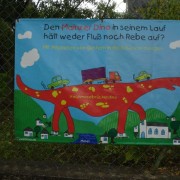 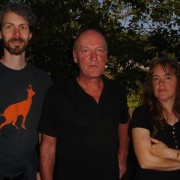 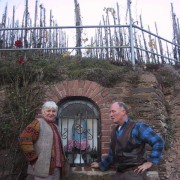 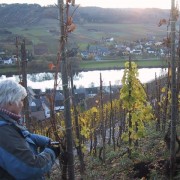 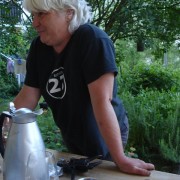 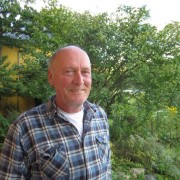 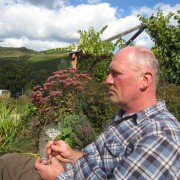