Michael Scholtes’ dry Rieslings were the standout discovery for us at a Generation Riesling tasting in Berlin in April 2019. Vibrant and fizzing with slatey minerality, a visit was a priority on our next trip to the Mosel. Based in Detzem, west along the river from Trittenheim, Leiwen and Klusserath, this is a relatively undiscovered section of the river – not least because Detzem is in a cul-de-sac with no through road.
After leaving school, Michael studied technical viniculture in Bad Kreuznach before starting in his family’s winery in 2014. The family had 11 hectares, with 4 on the steep slate slopes.
His “entry-level” dry Riesling with barely 2.5 gms of residual sugar comes from vines in the Wurzgarten (Spice Garden) vineyard on sandy, pebbly soil.
If you like the “basic”, you can also try “vom steilen Berg” (from the steep hill) and Policher Held (Polich Hero), which is seriously intense and fleshy.
We visited again in summer 2020. Michael was keen to show us some new parcels they have acquired. More in the heroic Policher Held. Then a bonkers-steep parcel on the Thornicher Ritsch. Virtually impossible to get hold of but somehow they did. “Are you mad?” said Rainer, his Dad, when Michael told him he wanted these vines on the Ritsch. Having declared that it was too crazy and he would never help, Dad seems to have come around, helping Michael reclaim and replant, to the point where now he can be seen proudly showing off the parcel to his mates. 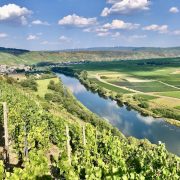 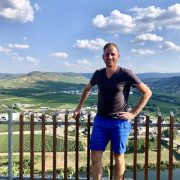 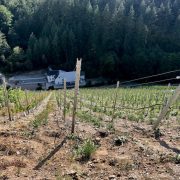 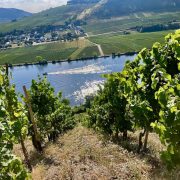 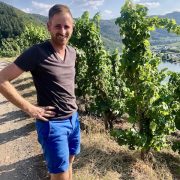 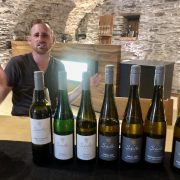 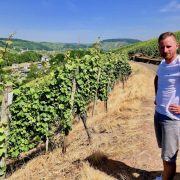 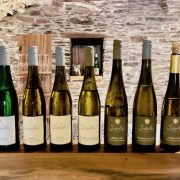 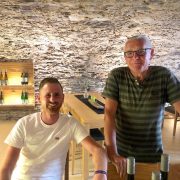 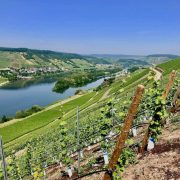 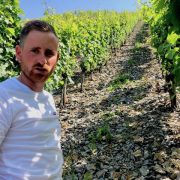 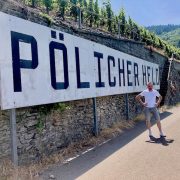 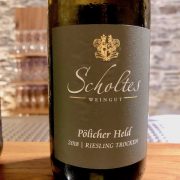 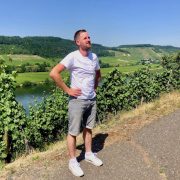 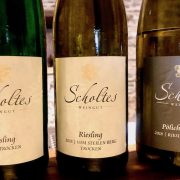 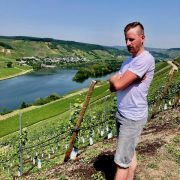 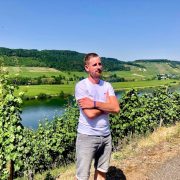