We were sitting in the Gertrude Street Enoteca in Melbourne and, despite being 38C outside, we fancied trying some Yarra Valley Cabernet. The very helpful and knowledgeable Jaqueline Turner (aka Jacs) steered us towards Wedgetail’s North Face. It was delicious – a lush, juicy, herbal, blackcurrant pastille Cab Merlot blend which our colleague Dan was later to describe it as “sun blush tomato”.  Enthusiastic calls were made. Although Mr Wedgetail, a French-Canadian named Guy Lamothe, was in Paris while we were downunder, it didn’t stop us tasting wherever we could. Single Vineyard Chardonnay and Single Vineyard Pinot Noir – cool and understated.

Guy was born in Quebec and migrated to Australia in the late 1970s. He had always loved Pinot Noir. “There was an aura of romanticism around Pinot Noir 25 or 30 years ago. It was impossible to find Australian Pinot back then. Well, you could, but it cost an absolute fortune. We would buy Georges Duboeuf Beaujolais – it was the only affordable light red.”
He worked part time in wineries and in 1994, with Dena, the woman from Essex who was to become his wife, bought the property that was to become Wedgetail. “There was nothing here. We planted everything from scratch.”
Guy started a correspondence course in winemaking at Charles Sturt University and did an internship at Jacques Prieur in Meursault. He loved the small scale of Burgundy, the one man or small family operations.

“I hate heat in wine. I don’t like anything over 13%.” Most of Guy’s wines are closer to 12.5% – rare in Australia now. How do you keep the alcohol levels so low? “Pick early. I taste the grapes and as soon as the pips are ripe, they are ready to pick.”

North Face is from a warm, north facing slope. His Chardonnay comes from the cooler, south facing slope directly opposite. His Pinot Noir vineyard is east facing.

“We don’t shout about it but our general, day to day practice is organic. Occasionally, if we’re about to lose the whole crop, we have to break from it – like in 2012, when we had to use conventional fungicide.” And biodynamics? Yes, but…“we have been in drought here for so long, pretty much constantly since 1997, that we have to get the materials sent from the Biodynamic Society. There is no local cow poo.” (Cow dung is necessary for a number of biodynamic preparations).

Doesn’t the extreme weather and drought affect the way the wines taste? “Not as much as you might think. As long as you pick early, you get small berries, small crops, lower alcohol and amazing concentration.” 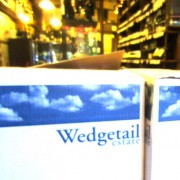 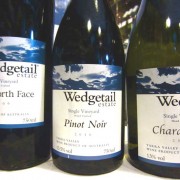 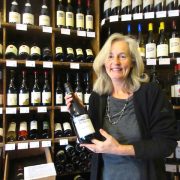 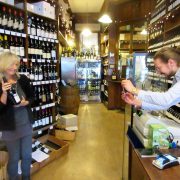 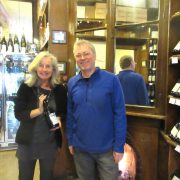