Germany is the home of Riesling. And in Germany it expresses itself quite differently to anywhere else on the planet. Ethereal, bewitching, haunting. Sometimes delicate, sometimes bold and powerful, always fascinating and usually with a gravity-defying lightness of touch.

Revel in Riesling. Marvel at its minerality. Be dazzled by its diversity. Delicate and powerful. Refined and rugged. Complex yet approachable. The glories of German Riesling!

Spatburgunder is German for Pinot Noir.
It comes as a surprise to many that any red wine is produced in Germany. Germany is currently the world’s third largest producer of Pinot Noir and bottles more still, red Pinot Noir than France.
There has been a long tradition for red wine in the country. Winemaking can be traced back to the Romans, although evidence of red wine production can only be traced back to 770 AD. Red wine was preferred for sacramental purposes and most monasteries would make their own rather than take the risks of importing from further south. It is widely thought that Cistercian monks brought Pinot Noir from Burgundy to Germany in the 14th century. Several growers in the Ahr valley can trace their winemaking history back 500 years. Kloster Eberbach in the Rheingau can trace theirs back to 1136.
Red wine, and Spatburgunder in particular, is highly valued domestically. Thanks in part to global warming and the efforts of many highly-motivated growers, quality has increased enormously over the past 20 years. Demand is high, supply of the finest bottles is short and their appearance outside Germany is still rare. They have an utterly distinctive, savoury, often autumnal style, with a silky, slippery mouth-feel – an expression of Pinot Noir unlike others.

A note about German wine labelling

A classical German label will usually show the grower, the vintage and the bit that some find intimidating: Name of the village, name of the vineyard, the grape, the Pradikat level (Kabinett/Spatlese/Auslese etc) and whether it is vinified dry or fruity. Trocken means dry.

(Alcohol levels are also a clue – the lower the number, the more likely it is to be a sweet/fruity wine)

Some of the key Regions:

We seem to spend more and more of our time on the Mosel. Not so strange. Known for its lightness of touch, ethereal delicacy, raciness and terroir definition.

Long-lived, fragrant Riesling. Often floral or evocative of perfume on the nose (some commentators talk of blackcurrant leaf), with wonderful body, structure and precision.

The Rhine takes a sharp turn west at Mainz before turning north again at Rudesheim. The south-facing slope on the north bank between the two is the Rheingau, thick with castles, convents and vineyards. This is the classical home of Riesling with evocative names like Steinberg, Marcobrunn, Johannisberg, Hochheim. Hochheim was Queen Victoria’s favourite wine – and where the word “Hock” comes from, back when German wines were the most expensive in the world.

Until you try Pinot Noir from Germany (known as Spatburgunder) your journey into the sensual, gently autumnal underbelly of the grape will be incomplete. The tiny Ahr valley lies in one of the northernmost winemaking regions of Germany, near Bonn. Romans planted vines here. Some say the sheltered valley has an almost Mediterranean micro-climate. We wouldn’t go quite that far, but there is little doubt that it is the best Pinot Noir (Spatburgunder) region in Germany, these wines displaying the haunting layers of flavour and texture that Pinot fanatics crave.

A region with new direction

Rheinhessen, fertile and almost entirely flat, was the source of oceans of watery, sugary Liebfraumilch in the 60s, 70s and 80s. Today there is real energy, a real movement taking hold as the new generation of growers have taken over. Sons and daughters coming out of wine college determined to make great wine in this previously unfashionable region.

In many people’s view, the Nahe forms a golden triangle of quality with the Rhine and the Mosel and its Rieslings can age effortlessly for 30 years or more. Considered to be plump, rich and firm, often spicy from seams of iron-rich red slate. Some people say earthy. Classic, fine, age-worthy wines from historic sites.

From the picture postcard scenery of castles and towers and the legend of Lorelei, a siren who would lure boatmen to crash onto the rocks.

Much closer to France in style. Some standout growers.

How can they make wine this far north? Klaus Zimmerling is the standout grower here.

Earthy and ripe. Some great Pinots.

A large region with a diversity of grapes and styles.

The Pradikat system – the ladder of quality

Determined entirely by the ripeness of the grapes at picking, measured in Oechsle. We recommend you don’t get bogged down in this!

Auslese – usually sweet, but can be dry (trocken) or half-dry (halb-trocken/feinherb)

Although we specialise in dry Riesling at The Winery, the charms of sweet Riesling are not wasted on us. The botrytis-laden late-picked sweet styles are like no other dessert wines. Even at the Beerenauslese and Trockenbeerenauslese level of sweetness, they always have a refreshing lift of acidity which stop them from becoming cloying. 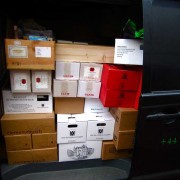 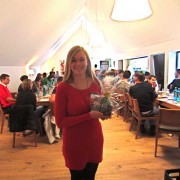 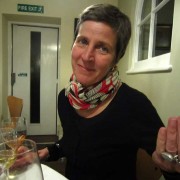