It was a tip from Reiner Flick. We were at a VDP tasting at the German Embassy. “Anything new we should taste here?” “Check out Schloss Neuweier. I’m hearing good things – the new guy’s going places.” He wasn’t wrong.

We made a diversion on our next trip to Germany, down to the outskirts of the spa town of Baden-Baden on the edge of the Black Forest. The sun was beginning to set as we arrived. The vineyard behind the Schloss was glowing gold – there’s a reason why one of Neuweier’s top vineyards is called Goldenes Loch (Golden Hole).

Robert Schatzle, complete with curly, almost Afro-style hair and a regional southern Baden accent, had only recently persuaded his family to move from the southern end of Baden, close to the Swiss border, up to the other. Schloss Neuweier has centuries of history. Its Mauerwein (Wall wine – from a terraced vineyard on the hill behind the castle) was another of Queen Victoria’s favourites. It had won an award at the International Exhibition of Philadelphia in 1876 and was on the airship Graf Zeppelin’s maiden flight. After consulting soil guru Claude Bourguignon, Robert went for it and the family moved. 2012 was his first full vintage.

Robert hasn’t appeared out of nowhere. He has put in time at serious wineries over the years – at Fritz Keller and Heger’s in Baden, across the Rhine in Alsace with Zind-Humbrecht and Marc Kreydenweiss, and in Bordeaux at La Tour de By.

Robert clearly knows what he’s doing. The first vintage was a success – the dry Rieslings are open, expressive with plenty of fresh acidity. “The acidity is interesting. The Riesling here is grown on granite soil. That’s very unusual. Other than one or two vineyards of Zind-Humbrecht’s, you rarely come across Riesling on granite.”

He has a couple of other secrets. Deep in the old cellar (and you have to squeeze behind the tanks to see it) is a seriously old rock. Robert had been told that it was a billion years old until a geological expert came down and put him right – it was only 700 million years old!

The other secret is a magic box. “You know sometimes the wine in one tank is troubled, jumbled-up and doesn’t taste right? Well, Tobias (my colleague) or I take a beaker from that tank and put it in this 8-sided box for 45 minutes. Then we pour it back into the difficult tank. Don’t ask me how it works but it tastes much better!”

Maybe there is some magic at play. Maybe it’s the rock, the granite, the magic box or the energy from the Heiligenstein (Holy Stone) at the other end of the village, from which a natural spring gushes. Whatever it is, it’s working! 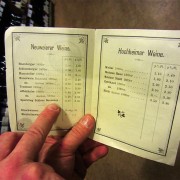 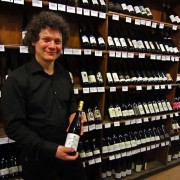 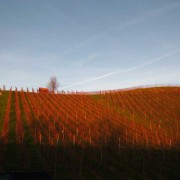 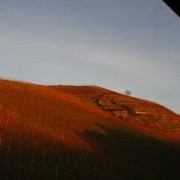 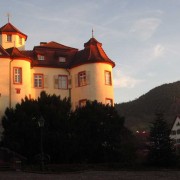 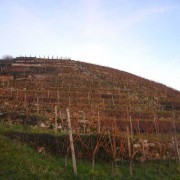 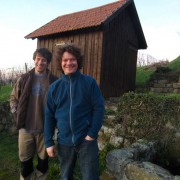 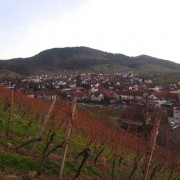 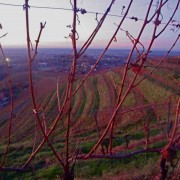 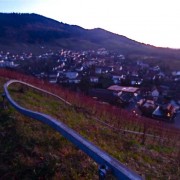 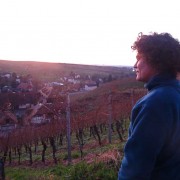 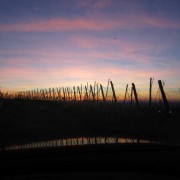 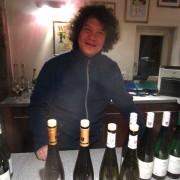 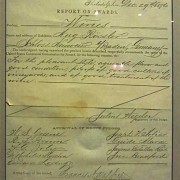 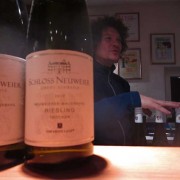 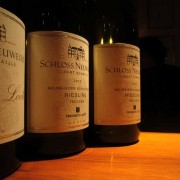 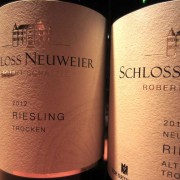 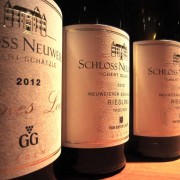 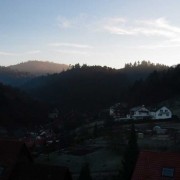 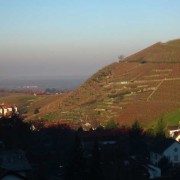 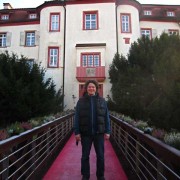 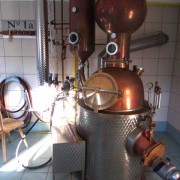 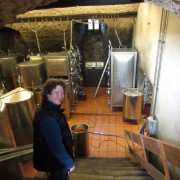 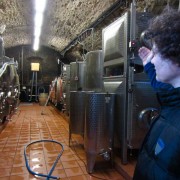 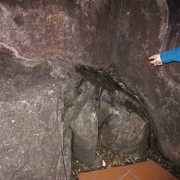 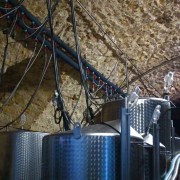 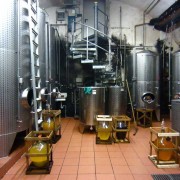 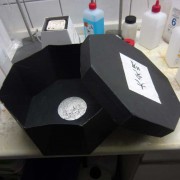 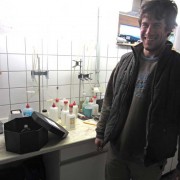 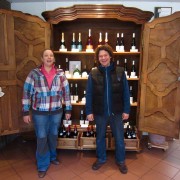